Basic terminology on misinformation and disinformation – from cognitive science, psychology and linguistics to the public and social aspects of the phenomenon

Disinformation
1. False information that is deliberately created or disseminated with the express purpose to cause harm. Producers of disinformation typically have political, financial, psychological, or social motivations.
https://firstdraftnews.org/wp-content/uploads/2018/07/infoDisorder_glossary.pdf

Misinformation
Information that is false, but not intended to cause harm. For example, individuals who don’t know a piece of information is false may spread it on social media in an attempt to be helpful
https://firstdraftnews.org/wp-content/uploads/2018/07/infoDisorder_glossary.pdf

Neuroscience
Any or all of the sciences, such as neurochemistry and experimental psychology, which deal with the structure or function of the nervous system and brain.

Neuroscience is often referred to in the plural, as neurosciences.

Neuroscience has traditionally been classed as a subdivision of biology. These days, it is an interdisciplinary science which liaises closely with other disciplines, such as mathematics, linguistics, engineering, computer science, chemistry, philosophy, psychology, and medicine.
Georgetown University Medical Center, Department of Neuroscience | https://neuro.georgetown.edu/about-neuroscience

Cognitive Neuroscience
The study of higher cognitive functions that exist in humans, and their underlying neural bases. Cognitive neuroscience draws from linguistics, neuroscience, psychology and cognitive science. Cognitive neuroscientists can take two broad directions; behavioral/experimental or computational/modeling, the aim being to understand the nature of cognition from a neural point of view.
Georgetown University Medical Center, Department of Neuroscience | https://neuro.georgetown.edu/about-neuroscience

Cognitive science
The interdisciplinary scientific investigation of the mind and intelligence. It encompasses the ideas and methods of psychology, linguistics, artificial intelligence (AI), neuroscience, anthropology and so on.
https://www.britannica.com/science/cognitive-science

Cognition
The states and processes involved in knowing, which in their completeness include perception and judgment. Cognition includes all conscious and unconscious processes by which knowledge is accumulated, such as perceiving, recognizing, conceiving, and reasoning.
https://www.britannica.com/topic/cognition-thought-process 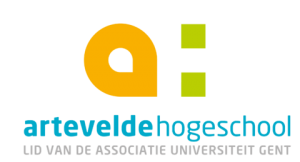